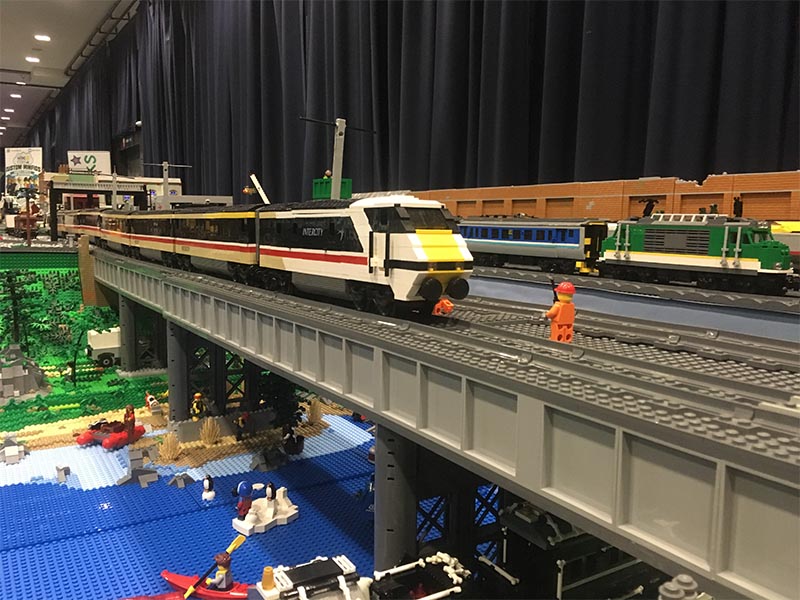 The LNUR main display is our primary, largest display which we aim to take to LEGO and model railway shows around the U.K. throughout the year.

This is our current, active main display, and tends to appear at two day shows, with a variety of locos and rolling stock running, dependent on the members attending.

Our model locations and landmarks