Darrington LEGO railway is our primary layout, with the majority of the scenery built by member Richard. We aim to take to LEGO and model railway shows around the U.K. throughout the year, with a variety of our members’ LEGO locomotive models and rolling stock running, dependent on the members attending. Our previous main display was Felpersham.

The layout measures 12 x 18ft in size, and has 4 running loops for mainline running. The Darrington display is named after the primary station on the display, Darrington Station (pictured below): 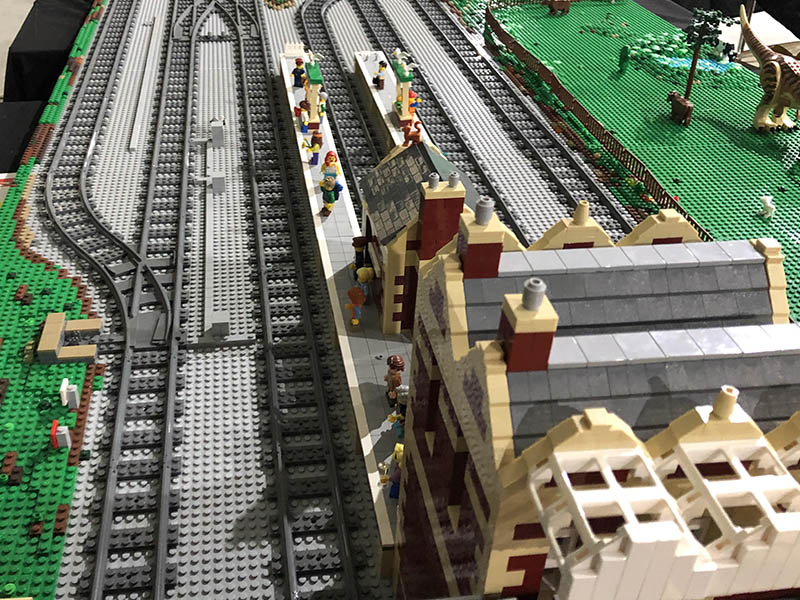 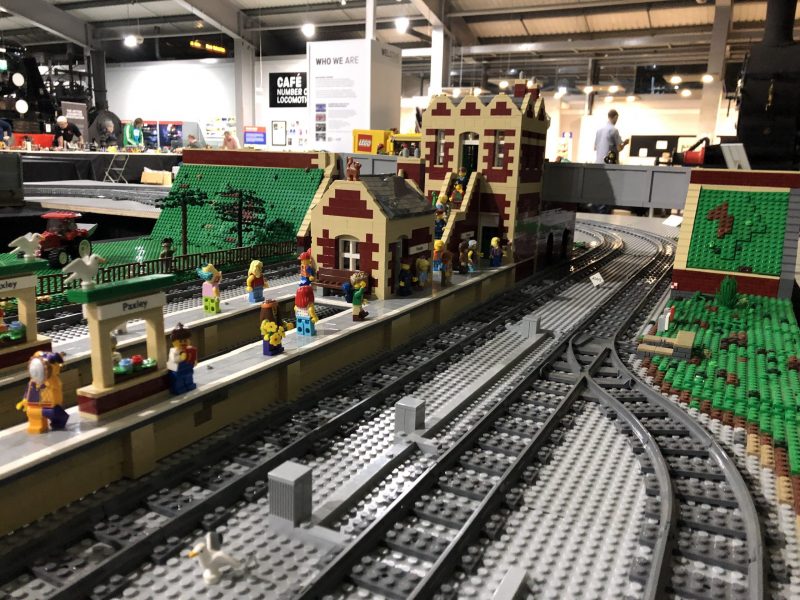 The layout also features a locomotive shed, Darrington Sheds, with a water tower and coaling station, opposite allotments – after all, what model railway would be complete without allotments? 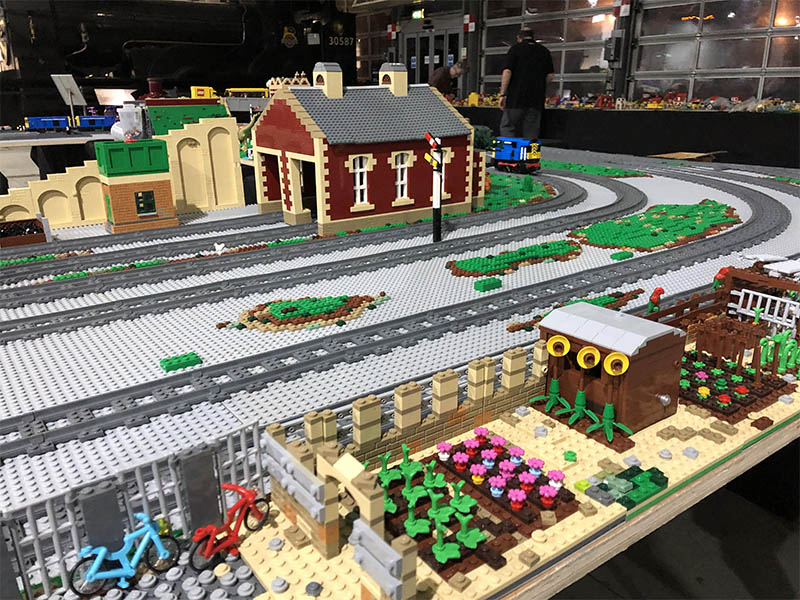 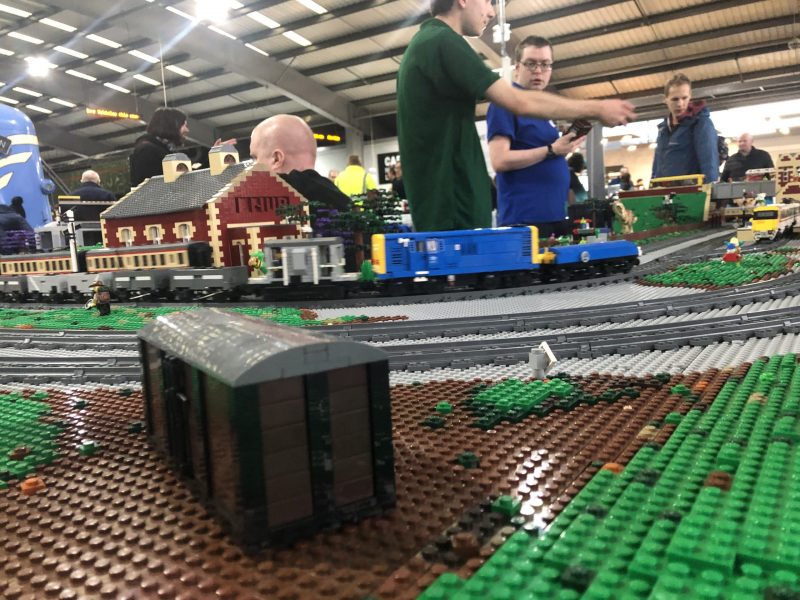 The below video captures Isaac’s Flying Scotsman making its rounds on the Darrington LEGO railway display at Shildon Brick Show, testing out new slip switches from TrixBrix in the process.